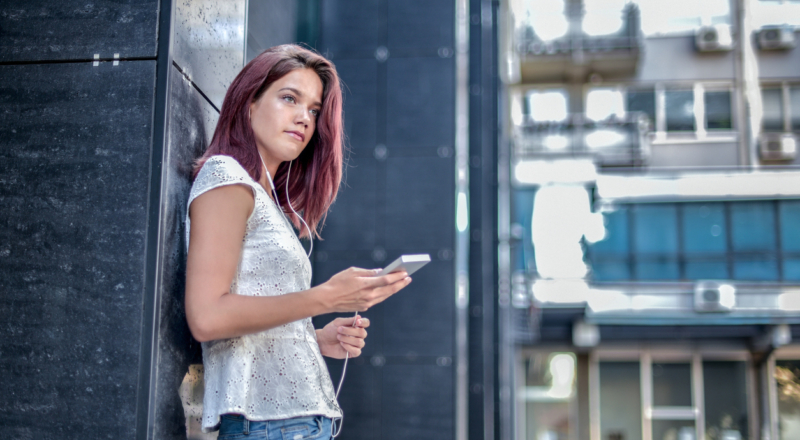 How I reached out for help after years of bullying

Having been bullied in school, Joyce talks about the turning point and getting help from her family

To say I'm nervous about posting my story would be an understatement. To be completely honest I have a sick feeling in the pit of my stomach. I feel nauseous. Writing this article and sharing my journey with bullying makes me feel exposed and vulnerable.

There are many forms of bullying. People tend to think of the more obvious physical bullying - being hit, slapped, pushed etc., when someone physically touches you to cause deliberate damage or pain. But bullying has an emotional impact too, someone can make you feel bad or insecure about yourself without even laying a finger on you.

My journey started when I was eight when my mother passed away from breast cancer that had spread to brain cancer. The bullying started shortly after that and little did I know it would continue until I was in my late teens. I suppose after my mother’s death, I was quite scarred. I was such a shy person. I just wanted to fit in with all the other children in my estate. I let them bully me because in my head they were still talking to me. They would pick on me because I was different to them. They would do stuff like lock me in a shed or make fun of my outfit. Once I just remember breaking down in front of them, crying and running away. I was an outcast to them and was always going to be an outcast.

When I entered first year, the bullying continued and I was laughed at for being different. I would cry whenever I came home from school. It made me feel like whatever I tried to do I would never fit in. I had friends that would come and go but no one ever really stuck around. Teenagers can be cruel. I felt really isolated. They sneered at me and laughed in my face. It was very degrading as a teenage girl.

The bullying was done in a very manipulative kind of way. They knew exactly what they were doing and how they were doing it. I would be afraid for my name to be called out in class because they would just laugh at me and I just felt mortified. It got to the stage where one morning I refused to go into school because I couldn’t take it.

When I entered second year, the bullying continued. This girl would actually come right up in my face. They would call me things like “weirdo" whenever they walked past. I ended up having another breakdown.

Another bullying incident that happened when I was in transition year, consisted of mostly physical bullying. I was recovering from Anorexia and Bulimia. People were aware of this and took advantage of how weak my body was. There was two particular people who would push into me and called me names. Sometimes they'd push me into the stairwell, and other times I was pushed to the ground. It's not something I like to remember.

When I reported the bullying to my teachers and the principal over the years, they would ask “well do you have any proof” or say “you should just ignore them.” One even said “Joyce, this girl wouldn’t do this. She has a lot going on. You should apologise.”

To be told that, when all you want is help and support, there is no worse feeling. I needed more support from friends or other people who witnessed what was happening. This lack of support led me into a two year journey of self harm, anorexia nervosa and bulimia and eventually a few suicide attempts. Bullying is a problem that will live on in our society if adults and the school systems don’t do anything about it and if young people don’t know about the support that’s out there for them.

As the years went on, I began to realise that there was never anything wrong with me. The issue lay with the bullies. I think they were so insecure that they thought the right thing to do was take out their insecurities on someone else. So part of me feels sorry for the bully.

The real turning point for me was when I realised the life I was living wasn't really a life at all. It wasn't the life I wanted. I knew deep down that I was a good person and that the issues really lay with the bullies and not me. I was able to tell the difference being mean and just being malicious and making someone's life hell. I was lucky to have my father who was my rock through all of this. I confided in him about everything because I could not keep it to myself anymore.

He took me under his wing and really protected me. We moved to a different county. Another incident occurred in my new school but I knew what I went through the last time and through the support of my friends at the time I was able to knock it on the head very quickly.

I knew in my heart that through all the bullying I had to tell someone. I waited for the “right time” but can I tell you something? There is no such thing as the right time. What there is is the here and now. When I decided to finally tell my dad about my living nightmare, it happened in a woodies car park. Life is so short and we never really know when our time on earth is up. Why should you waste a day being bullied? Do you deserve it? No. No one on this earth deserves to be bullied.

It can get better and it does get better. For it to get better it helps to find a person who you trust - a parent, or other family member, a shopkeeper, a friend’s parent, a teacher you like, anyone. Spill your heart out, cry and show your emotions. Once you have done this, all I can say to you is well done, and congratulations because you have finally reached a turning point. If you have not reached that point, just look at my story and realise you’re not alone. You never were. It’s the bully who makes you feel like you’re alone. It’s a mind game. There is a lot of support out there now for bullying, and never be afraid to speak up. It's nerve wracking but I cannot emphasise how worthwhile it is. You are valid. Your feelings are valid and you should never suffer at the hands of someone else's insecure ways. You are valid and you deserve the best.

Share this article -
Published May 29th, 2019
Tags opinion bullying
Can this be improved? Contact editor@spunout.ie if you have any suggestions for this article.

6 different types of bullying
Places to turn to if you are experiencing bullying
How can I help someone who is being bullied in school?