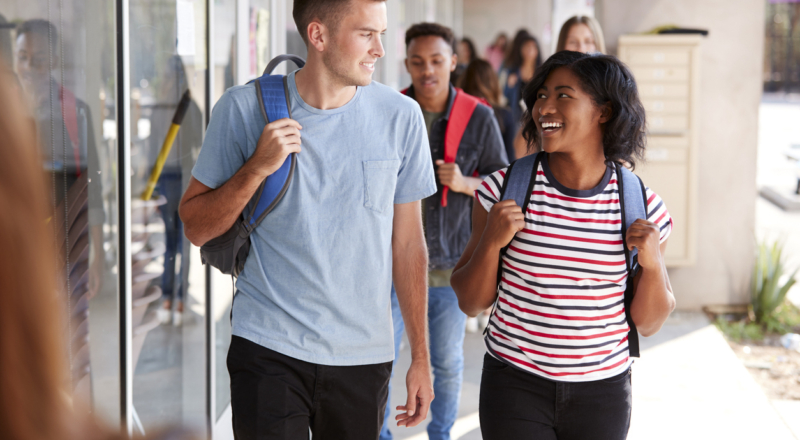 Why we should have open and honest conversations about sex

Having open and honest conversations about sex is important so young people can learn about safe, happy and positive sexual experiences

Written by Emerald Kenny and posted in opinion

The conversation on sex in Ireland has changed drastically over the past twenty years. Sex is no longer as taboo as it once was and in this country. You are free to be with whoever you want without discrimination. Our culture has shifted from the overwhelmingly heavy influence of the Catholic Church.

However, as a society I think we are still prudes. I am not speaking for everyone when I say this. There are the liberated few who are extremely vocal about how they feel (particularly online). I am speaking about the majority that I think aren’t uncomfortable, but are nervous about discussing it. It can be a naturally awkward topic of conversation for people. But the negative ideas that still exist around sex and the embarrassment that accompanies it can stop much needed conversations about sex in Ireland.

Of course, the responsibility for sexual education is not solely on schools, but on parents. But if you are a child that is living in a house where your parents have not discussed basic sexual education, where do you go? A lack of information ultimately leads most children to the internet to answer their questions.

Today, there are more resources than ever to educate and inform people on sexual health and wellbeing. Thanks to modern medicine, most sexually transmitted infections can be dealt with effectively. But the general conversation is still lacking in our society. The conversations we have about sex are either highly dramatic or extremely serious; ‘the talk’ you have with your parents or the stories you share with your friends. Sex is a normal part of many people’s lives and it’s important for us to get to a middle ground of discussing it openly and honestly.

When I was in my second year of college, I was doing a radio show on student issues and on one particular show, I had decided to focus on Trinity College’s decision to introduce Sexual Consent workshops to first year students. When I enquired whether my college was considering introducing consent workshops to our campus, the general feeling from faculty was that it was a personal matter and did not need workshops. One senior member of the faculty even claimed that it was a matter for students’ parents to discuss with them.

I was shocked that students were not even given the option to discuss holding workshops in our college, and how the college was avoiding even engaging in a conversation on this topic. I think this shows the responsibility we all have individually to create a healthy and open dialogue about sex.

Ireland has proven itself to be a progressive in its attitudes in recent years, but when it comes to sex education and open conversations, we may not be as progressive as we would like to think. As we begin this second decade of the twenty-first century, open and honest conversation about sex are needed in our society.

Share this article -
Published Jan­u­ary 16th, 2020
Last updated Octo­ber 25th, 2020
Tags opinion sex positivity sex sex education sexual health
Can this be improved? Contact editor@spunout.ie if you have any suggestions for this article.

What is consent?
How to practise safe oral sex
Which free STI Clinics are open in Ireland?