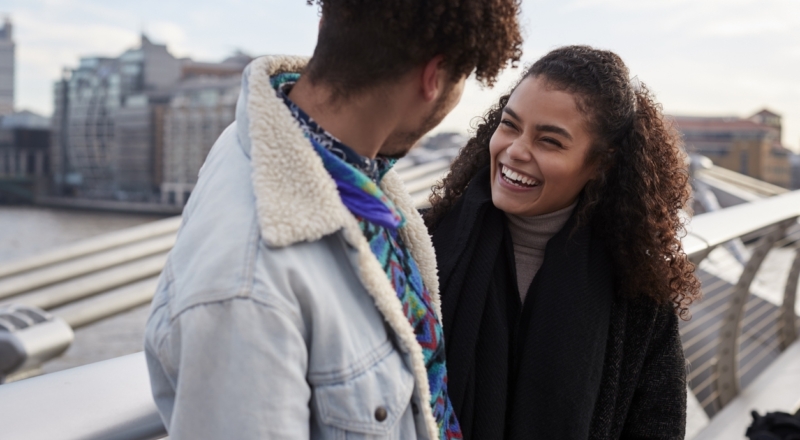 In all circumstances where we are intimate with someone consent needs to be established first. When having sex, consent is an agreement between all participants that they definitely want to have sex, or do any sexual act. Everyone needs to fully and clearly agree to it and their consent must be continuous for the duration of sex. This means that they have the right to change their mind at any time, for any reason, without any consequences.

Below are some scenarios in which consent is needed. Thinking about situations like these before they arise will help us to ensure we understand when our partners are consenting or not.

Consent with a partner

James and Anna have been going out for three months and have begun having sex. Anna has said that she only wants to have sex with James once he is wearing a condom. One night while they are having sex James takes off the condom saying it doesn’t feel comfortable and then goes to have sex with Anna again.

Does James have consent from Anna in this situation?

Consent on a one-night stand

Mark and Jack meet on a night out and decide to go home. They are both drunk and when they get into Mark’s apartment, Jack sits on the couch as Mark goes to the bathroom. When Mark comes back into the sitting room, Jack is asleep. Mark tries to wake up Jack by kissing his neck and rubbing his crotch.

Have both Mark and Jack consented to this situation?

No. Although Jack agreed to come home with Mark, once he is asleep Mark has no right to touch Jack in a sexual way. Mark may view this as a romantic or playful way to wake up Jack, but Jack is drunk and asleep and cannot consent to letting Mark touch or kiss him.

Consent in a new relationship

Amy and Michelle have started dating and had sex one night previously. The next week they are in Michelle’s house watching a movie and begin kissing. Amy tries to unbutton Michelle’s jeans and Michelle lets her, but as Amy puts her hands down Michelle’s underwear Michelle goes stiff and stops kissing Amy back.

Do both Amy and Michelle consent to sexual touching and kissing?

No. Although Amy and Michelle have had sex before and at the beginning of the evening Michelle seems to be enjoying kissing and touching, once her body language changes Amy must stop what she is doing. In this situation Amy should ask Michelle is she is okay, enjoying what they are doing and if she wants to continue. If Michelle seems hesitant or unsure about her answer Amy should not continue as consent needs to be enthusiastic and voluntary.

Sean, Josh and Jess are in Josh’s house. Jess is telling Josh and Sean how she has just gotten her nipple pierced and asks them if they want to see it. They say yes and she shows them. Josh then asks Jess if he can touch the piercing and she says yes. After Josh has touched it Sean then goes to touch the piercing too.

Did everyone consent in this situation?

No, Jess has not consented for Sean to touch her in this situation. Jess agreed to show Sean and Josh her piercing and for Josh to touch it. Sean did not ask Jess whether he could also touch the piercing and therefore does not have her consent.

Rachel and Scott are in a long-distance relationship. They only get to see each other every two months and often send each other sexual messages and naked photos. Rachel was talking to her friends about their relationship and showed them a naked photo of Scott.

Did Scott consent to Rachel showing other people his photo?

No, Scott did not consent to have his naked photo seen by anyone else but Rachel. Although Scott sent the naked photo of himself freely to Rachel it does not mean that she has the right to show that photo to anyone else.

Did both Conor and Niamh consent to the sex they had in this situation?

Consent with an asexual partner

Aoife and Maeve have been dating for three months now. Maeve is asexual and does not often feel sexually attracted to other people or want to have sex. She does experience romantic attraction and enjoys dating and being emotionally intimate with a partner. Maeve has told Aoife that she has had sex in the past and sometimes doesn’t mind it, but she does not currently have an interest in having sex. Maeve and Aoife agree that they both enjoy cuddling and kissing together.

Have Maeve and Aoife established consent in this situation?

Yes, in this scenario Maeve and Aoife agree that they both are happy to kiss and cuddle. If they want to engage in other forms of physical intimacy in the future, more discussion will be needed to establish consent and each others’ boundaries.

Why would someone have sex if they don’t want to?

Sometimes people comply with having sex. Complying when having sex is when a person puts pressure on themselves to do something they are not comfortable with. Although the pressure comes from within themselves, not from whoever they are with, this can still be a sort of violation. People may comply for a number of reasons such as wanting to please their partner, fear of rejection or lack of confidence to say no.

Another example might be where a couple are in a relationship and one person doesn’t want to have sex a certain night, the other says OK but then sulks and is short tempered afterwards. Next time the first person agrees because they do not want to deal with the sulks again. In this scenario we would have to question if there was consent, as consent must be enthusiastic, conscious and voluntary.

What does Irish law say about consent?

In Ireland the legal age of consent to sex is 17.

Consensual sex with anyone under the age of 17 may be legally referred to as statutory rape. What this means is, even if the person has consented to sex themselves, their consent is not considered legally valid because they are underage.

The maximum sentence for having sex with someone over the age of 15, but under the age of 17, is five years. It is ten years if the person is in a position of authority i.e. a relative, teacher, sports trainer. If a person can prove that they believed the victim was over the age of 17, however, the court may view this situation differently. Asserting that the person consented to sex is absolutely not considered a valid defence.

It is illegal to have sex with anyone under the age of 15 years of age. It is considered a criminal offence under the Criminal Law (Sexual Offences) Act 2006. The maximum sentence for this is life imprisonment. If a person can prove that they believed the person was over the age of 15 however, the court may view this situation differently.

Once you are over the age of 17, you are legally able to have sex with anyone you want, even someone much older than you.

Where can I learn more about consent?

Share this article -
Published Jan­u­ary 22nd, 2019
Tags sexual health relationships APcontent
Can this be improved? Contact editor@spunout.ie if you have any suggestions for this article.