Why I found growing up in rural Ireland so difficult

This SpunOut.ie reader talks about why we need more focus on young people growing up in rural Ireland

Growing up has its ups and downs. Some people say your younger years are the best years of your life, but for some people this may not be the case. I had a hard time growing up. For the most part my home life was fine, but my school life was a nightmare. I think this may have been because of where I lived.

Growing up in rural Ireland

I lived in a very rural area with only one secondary school. The next closest secondary school was 35 minutes away. Primary school was very tough for me because I was different. I think the word people would have described me as was ‘weird.’ I was intelligent and I was probably way too wise before my years. Differences were something my peer group didn’t accept.

In rural Ireland difference can either make you or break you. For me they broke me. I never told my parents half of the stuff I went through because I was very independent. I regret not telling them how difficult school was at the time. I think one of the reasons I was different also was that both of my parents were working. Where I lived the majority of the area was on job seekers allowance. My family was the type to go on holiday once a year because my parents were thankfully able to afford it. I think this was something that others in my classes were jealous if and I received some serious bullying from this.

I also feel alone about starting college. No one in my peer group will have the same challenges I do. Many of them will get grants, but I will have to work every hour I can to have the opportunity to go to college.

The government really needs to think about trying to provide more jobs to people in rural Ireland. The majority of the people my dad went to school with have emigrated because there is nothing in rural Ireland for them or their families. This is something that can have an impact on all types of people. I know it has definitely impacted my life.

From when I started primary school until I was about 16, I always thought I would never make it out of this small town. I hated every second of living here and there were times I must admit I thought I wouldn’t make it. I found it hard to make friends in secondary school because of the bullying in primary and this impacted all my relationships with people. Loneliness is one of the biggest problems young people face in rural Ireland, I believe.

I remember when I was 16 there was no where else for me to socialise with my friends but in the pub. This lead to a messy few years and a bad relationship with alcohol. It made me feel happy, not alone and not isolated anymore. I was actually finding happiness, or what I thought was happiness. I regret a lot of the things I did but it has made me who I am.

I just think that the government really needs to take a further look into young people’s quality of life in rural Ireland. Isolation can lead to a lot of mental illnesses and feelings of hopelessness. This is something I’ve gone through but something I wouldn’t wish upon anyone else. If you’re feeling lonely or isolated, I would recommend talking to a parent, guardian, or teachers about it, as they can hopefully help you find some solutions.

Share this article -
Published Decem­ber 2nd, 2019
Last updated Jan­u­ary 26th, 2021
Tags opinion rural rural ireland loneliness mental health bullying
Can this be improved? Contact editor@spunout.ie if you have any suggestions for this article. 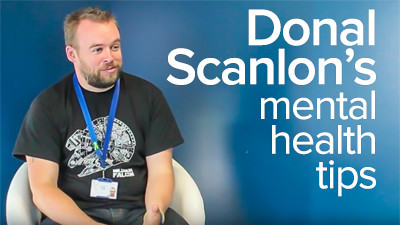