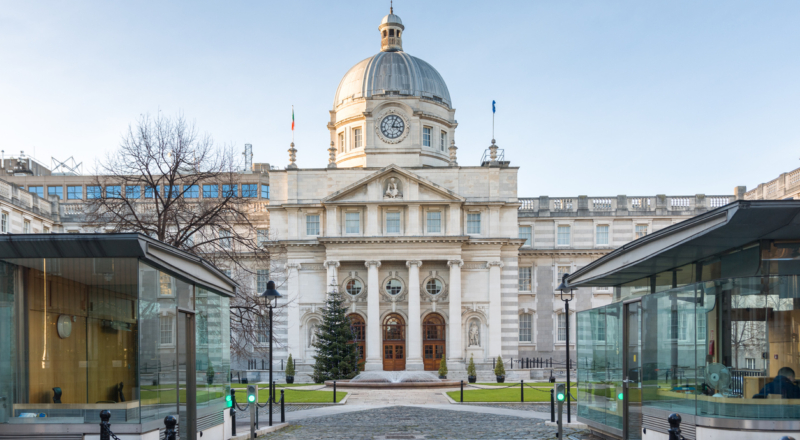 An easy guide to Irish Politics

Here's our guide to the key words used during election time

The Irish political system can sometimes seem confusing, as Irish terms and words are often used as well as English. Understanding the basics when it comes to how the system works can help you feel more confident when it comes to polling day and choosing who to vote for. This article explains some of the key terms that are used in Irish politics and around the time of an election.

A General Election occurs every few years in Ireland. This is when those eligible to vote (18+) go to the polls to elect new TDs they feel represent them best. The political party with the majority of TDs elected can then form a government. If one single party does not have a majority, they may need to go into government with another party in order to get a majority - this is called a coalition. There must be at least one General Election every five years.

TD are elected members of Dáil Eireann (Irish Parliament). In English a TD would be called a Member of Parliament. A TD can be a member of a Government party, the Opposition or an independent.

The Oireachtas is the Irish legislature, this means it is the body responsible for making laws and public policy in Ireland. The Oireachtas is made up of the Dáil, the Seanad (Irish Senate), and the President of Ireland.

The Dáil is the lower house of the Oireachtas. TD's are elected to the Dáil at general elections. Essentially, the Dáil is our central government. It can be a single-party government or a coalition (two or more parties). They sit in Leinster House, and govern the country.

Seanad is the Irish Senate, it is the upper house of the Oireachtas. In 2013 there was a referendum to see if it should be abolished but the Irish public voted for it to stay. The purpose of the Seanad is to scrutinise the Dáil. Though the Senators can't stop a bill becoming law, they can delay it and have it re-examined. Senators are appointed to the Seanad in different ways. The Taoiseach appoints 11, graduates of Trinity College Dublin elect 3, graduates of the National University of Ireland elect 3 and 45 are elected by special panels of TDs, senators and local councillors.

A constituency is a distinct area that a politician represents. There are usually three to five TDs in every constituency in Ireland. Should a TD resign or pass away, a by-election is held where the people of said constituency elect one new TD.

This is the system we use here for our local elections, European elections and general elections. When you go into the polling station, you'll get a sheet of paper with a list of all of the candidates on it. You then number then according to your preference; number 1 being your favourite, 2 your second favourite and so on. If you only want to give your vote to one candidate, then only put down your number one. If you like them all, number them according to your preference.

That's in the polling station and that's your job done. When it gets to the vote counting things, again, get a bit more complicated. STV is designed to allow proportional representation (PR). This means that if, for example, Fianna Fáil get 30% of the votes, then they'll get 30% of the seats. That said, there is no way of predicting whether or not your party will have all, some or none of the seats until the first count is complete.

Read our article on PR-STV and understanding the Irish voting system.

A quota (number of votes required to be elected) is set, which is dependent on the size of the constituency, the amount of seats available and the number of votes cast. So, if the quota is 500 votes, any candidate reaches or exceeds 500 votes is declared elected! If there are surplus votes, they are shared out to the voters' second preferences. After all of the excess votes have been shared out, if there are candidates who still don't reach the quota they're eliminated. Check out a more detailed article about our voting system here.

The polling station this is where you go to cast your vote. It'll be dependent on where you live or where you're from. Most young people will be registered to where they grew up - which can be  awkward, if you live away for college or work (Are you registered to vote? Find out here) Generally, it tends to be a community building, like the local school, a town hall, community centre, etc. Find out where your polling station is by checking out your Polling Card. Failing that, you can contact your local authority for the location of your Polling Station.

Your Polling Card is what you get in the post in the build up to the election - it's literally a card with your name, address and details on it.You bring this to your Polling Station on the day of the election and your name is crossed off the list to say you turned up and did your bit. You will only get a Polling Card in the post if you're registered to vote so you will need to go register if you haven't already.

When you've voted, you fold your ballot sheet over to protect the anonymity of your vote and put it into a big box with a slit at the top to post your ballot.

A ballot is a sheet of paper with all of the candidates on it. You number them according to your preferences - use one of the numbers or all of the numbers - whatever you wish. For elections, it'll be a list of candidates, with their photos. For referendums, the question being asked will be at the top with "yes" or "no" being your options - select one and you're done. Be sure to fill out your ballot correctly - it's pretty straightforward but if you mess it up somehow, it's a spoiled vote and won't be counted.

An absentee ballot is a vote sent in by post from someone who, for some reason, can't make it to the polling station on voting day. This can be pretty useful for someone who is living away from home and hasn't switched their polling stations to get their vote in. Unfortunately, emigrants cannot vote in the elections; even with an absentee vote. The only exception here is soldiers and their spouses who are based overseas. Absentee votes can be useful for students who won't be able to make it home - check out Citizen's Information for all you need to know.

Share this article -
Published April 8th, 2014
Last updated Octo­ber 19th, 2018
Tags politics voting elections
Can this be improved? Contact editor@spunout.ie if you have any suggestions for this article.

Your vote matters
How does the voting system work in Ireland?