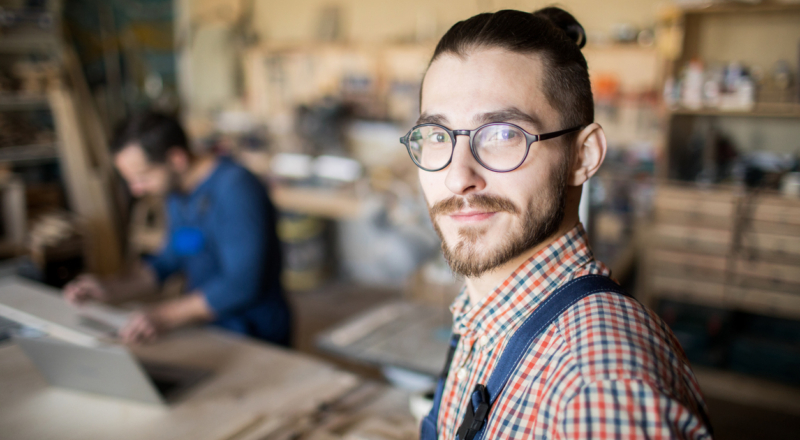 Recovering and moving on after my suicide attempts

This SpunOut.ie writer talks about struggling with their mental health and how they're happy where they are now

I started to realise that my mental health was deteriorating when I was about 14 or 15. For years, I suffered from dyspraxia. Dyspraxia is a disorder affecting motor coordination. Symptoms include difficulties with the likes of handwriting, taking instructions and slow completion of class work. Children with dyspraxia may become disconnected with the education system and suffer from poor attendance in school. I certainly fit the bill.

When I was diagnosed with dyspraxia, it was a relief that there was a name for this thing and it was a recognised medical condition. Despite what I'd been told, I wasn't just lazy or stupid. As a child, I struggled to tie my shoelaces or button up my fly thanks to my dyspraxia. I had almost every adult in my life scold me for it. They knew no better. You can surely see why this diagnosis of dyspraxia was such a sigh of relief for me. In the second year of secondary school, doctors concluded that it was my dyspraxia that had led me to fall behind.

I had hoped that this would be brought into consideration and some leeway, maybe even support, would be given to me as a result. In some ways it was, thanks in particular to the efforts of my parents, principal, class tutor and year head. However, most teachers, though they'd been made aware of my dyspraxia, were unaware of what it meant or how they could support me.

Gradually I developed anxiety over how I was being treated in school. I wondered what I'd be shouted at for or how I'd be punished on a given day. I'd put up with this for my entire life in school and I wasn't able for it anymore. I had hoped that this diagnosis would help, but when it didn't I broke down, becoming quite depressed. I started using drugs to cope with the level of verbal abuse and unwarranted punishments that I'd receive daily. I took some substances without knowing what they were even supposed to be. "Sure if it kills me, so what?" was my line of thinking. I had no desire to stay alive anyway if it meant going to school everyday, subjecting myself to such scorn for something beyond my control. The only way I felt I could get through was by using drugs.

This was not how any teenager ought to be treated nor feel, especially in a school, supposedly a place for learning and developing as a person.

As I was still struggling with school and after a number of referrals, I was prescribed medication by a specialist who I'd met only once. It was hoped that this would help my concentration and organisational skills, making the school experience a lot more manageable, and I had genuine hope that it would. Unfortunately, it made matters worse for me, worsening my anxiety and spiralling me into a deeper depression. I had no appetite to eat, nor a will to live. I'd stopped going into school more or less altogether at this stage.

This was when I first made an attempt on my life. I was fifteen years old at the time. I was taken off of the medication and offered counselling, but I couldn't bring myself to go. I didn't want to accept that I had a serious problem which I couldn't solve on my own. I tried to move on, but I couldn't because I had not tackled the poor state of my mental health. Still deteriorating, I missed my Junior Cert altogether and, after attending only two of the first three days of transition year and no more after that, I formally left school.

Reaching out for help

I tried to start a Youthreach programme and I tried to find work, but my poor mental health stood in the way, making both impossible for me at the time. After making further attempts on my life and spending nights in the A&E, realising there was no solution to be found there, I was finally ready to give Child and Adolescent Mental Health Services (CAMHS) a go. I attended counselling and medical appointments there. It may not have been easy at times but the service was helping me.

Recently, I managed to complete an online course in Writing Skills for Journalism with The Open College. This acted as a stepping stone to eventually attending the Linn Dara Transition Programme, a programme offered by CAMHS to patients who were out of school as a result of their mental health with the aim of getting them back into formal education. It took me a full year of attending CAMHS before I felt ready for the Transition Programme. The programme is massively underfunded, and I was told as few as twelve places exist on the programme nationwide. I felt lucky to have been referred and I've no idea what I'd be doing right now if it weren't for the Transition Programme or CAMHS generally. Different services work for different people, and this is what worked for me.

I have recently completed the programme, receiving a full award in General Learning, QQI Level 4, which is the equivalent of a Leaving Certificate. Now, having worked on my mental health for years and having gone through the ups and downs, I'm exactly where I want to be. I'll be starting a QQI Level 6, or a PLC, course in Ballyfermot College of Further Education in the field of journalism.

Thinking about the future

I feel that I am back where I'm supposed to be. It was very difficult on my family, friends and I at times, but through reaching out for support, sometimes desperately and other times only begrudgingly, until I found something that worked, I've turned my life around. If you find yourself in a similar situation to what I was in, you too can turn things around. You can still get better and get to a position in which you'll be happy.

However, nobody can do this alone, and I urge you to reach out for help. If you try a certain service and it doesn't work, it may be disheartening, but try to pick yourself up and try something else. If it happens again, you try again. And again and again and again. Leave no stone unturned. It can prove exhausting but when one day in the future you find yourself happy and able, which might now seem impossible to imagine, you'll be glad and proud you carried on through it all.

This story was only my experience with suicide and depression, and although I hope it can help and people can learn from it, what worked for me won't work for everyone. Regardless, I implore you to keep looking for what works for you to get better.

Share this article -
Published Sep­tem­ber 9th, 2019
Tags opinion suicide suicide awareness mental health
Can this be improved? Contact editor@spunout.ie if you have any suggestions for this article.

What is suicide and why does it happen?
Who is at risk of suicide?
How I recovered from my suicide attempt