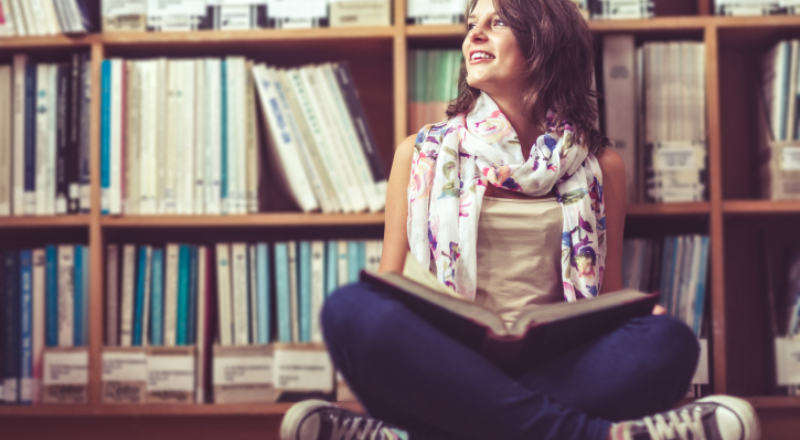 8 books that every young person should read

SpunOutter Zoe picks out her favourite books for SpunOut.ie

Written by Zoe Cummins and posted in voices

As a fellow bookworm myself, I have compiled a list of 8 books I think every bookworm should read. WARNING: as a sixteen year old girl, there's going to be some predictable books on this list.

1. The Curious Incident of the Dog in the Night-Time - Mark Haddon

This mystery novel, is one of my favourite books of all time. It's one of those books that you can read over and again but never get bored of it. It follows the story of Christopher John Francis Boone, a fifteen year old with an Autism spectrum condition, and his quest to solve the murder of Wellington, his neighbour's sausage dog. We follow Christopher as he unravels his family's secrets, prepares for his A-Levels and dreams of becoming an astronaut.

The first installment of the 'A Song of Ice and Fire' series introduces us to the world of Westeros, where we introduced to the Stark, Lannister, Baratheon, Targaryen houses, the main families in the series. Be warned, reading this book is a serious commitment, at nearly 700 pages it's a pretty hefty book. If you read on the go I recommend downloading the e-book version. After reading this book I don't doubt you would start watching the TV series where you will be treated to the talents of Peter Dinklage, Emilia Clarke and Kit Harington to name a few. To try and summarise the plot into 50 words is impossible, so find out for yourself.

3. Harry Potter and the Half Blood Prince - J.K Rowling

It may seem strange to include a book that is in the middle of a series. In my opinion, the penultimate edition of the Harry Potter series is the best. Most of you have probably already read it or watched the film adaptation, so I won't go into the plot too much. This is the first time we actually see Harry act like a man. We see him struggle with what he wants and what is best. Due to this we see his relationships and friendships suffer. If you were to read one of the seven Harry Potter books I recommend it be this one.

4. How To Be Woman - Caitlin Moran

This memoir of Moran's early life is somewhat of an introduction to feminism. No, come back. Don't be put off by that. There's no research about domestic abuse or unequal pay in this book. This autobiographical book describes Moran's youth as well as her introduction to adulthood. I challenge anyone to read this book without laughing aloud. This is one book I believe everyone over the age of sixteen should read, regardless of gender, race or religion. It is really a good read, trust me.

One word I would use to describe this addition to the list is sweet. This is a story about Eleanor and Park (who would have thought?!). We follow eccentric yet troubled Eleanor and her introduction to a new high school, where she is constantly bullied but also where she meets Park a shy half-Korean boy with confidence issues. We follow their relationship and the ways in which they overcome their demons.

This addition from the author of 'One Day' was a pleasant surprise to me. It's about Douglas Petersen and his mission to stop his wife from leaving him. It sounds depressing I know but when this mission take space on a trip around Europe with their 17 year old it becomes more enjoyable. The book features flashbacks from the point of view of Douglas to when his wife, Connie, and he were happy. We also see the points where the marriage begins to crumble. Don't take my word for it, this book won the Man Booker Prize 2014.

Another book from a series, the final installment of The Hunger Games trilogy is by far the best in my opinion. The characters, plot and action far surpass the previous two books. We follow Katniss Everdeen as she leads the rebellion against the Capitol and President Snow. We see her conflicts between Peeta and Gale, who will she choose? The fast moving pace of this novel differs greatly from the first installment. This is a rare case where the final book is the best in the series.

8. The Fault in our Stars - John Green

This is definitely one of those predictable books I mentioned before. 2014 saw the world go insane for this book and the film adaptation, and rightly so. Although not my favourite of John Green's novels it still is one everyone should read. It follows the story of Hazel Grace Lancaster and Augustus Waters and their relationship. They struggle through illness, friendship and disappointment together. Be warned this one's a tear jerker.

Share this article -
Published Feb­ru­ary 8th, 2016
Tags opinion books
Can this be improved? Contact editor@spunout.ie if you have any suggestions for this article.