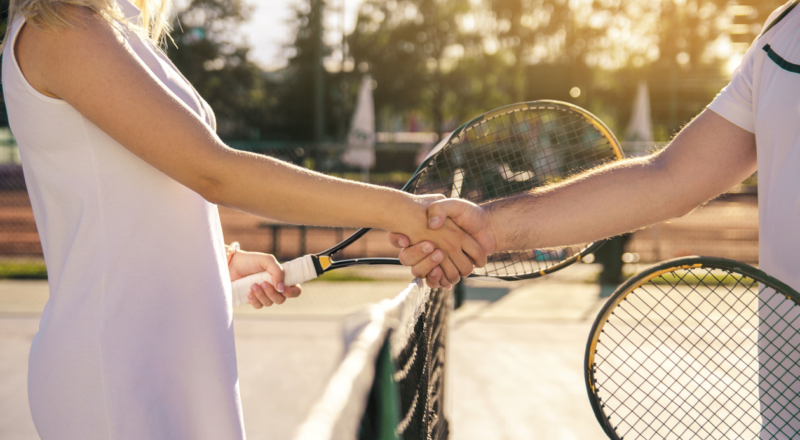 Tennis for blind and visionally impaired people in Ireland

Blind/vision impaired tennis is for blind or partially sighted people. It is played on a smaller court, with lower nets and using an audible ball so players can hear it bounce and being hit. The audible ball normally has a bell inside it. There are tactile markings on all the lines on the court, except the service box line, that players can feel with their feet. Depending on the player’s sight level they can have up to three bounces of the ball before they must return it back to their opponent.

In May 2018 Ireland hosted the World Blind Tennis Chamionship at Shankill Tennis Club, Dublin. 13 countries competed in the championships and the Irish time team came third in the medals after Britain and Mexico. The first blind/vi tennis team in Ireland was set up by Liam O'Donohoe, president of Lenister Tennis, at Shankill Tennis Club and since then teams have been set up in Cork, Sligo, Navan, Dundalk, Dublin( Shankill and DCU) and Belfast.

For more information on the sight classifications for blind/vi tennis click here.

In blind/vi tennis the ball is allowed to bounce multiple times depending on the players classification of visual impairment:

Depending on the players level of visual impairment the size of the court and the height of the net will change. For more information on the court dimensions and net height click here.

Where can I play VI Tennis in Ireland?

If you are interested in finding out more you can call Liam O'Donohoe at the Shankill Tennis Club on 086 261 8931.

Below there is an information video on Blind/VI tennis classes in Ireland, created for Tennis Ireland by the RTÉ Nationwide programme.

For more information on Blind/VI tennis you can read an interview with blind tennis player Naqi Rizvi here.