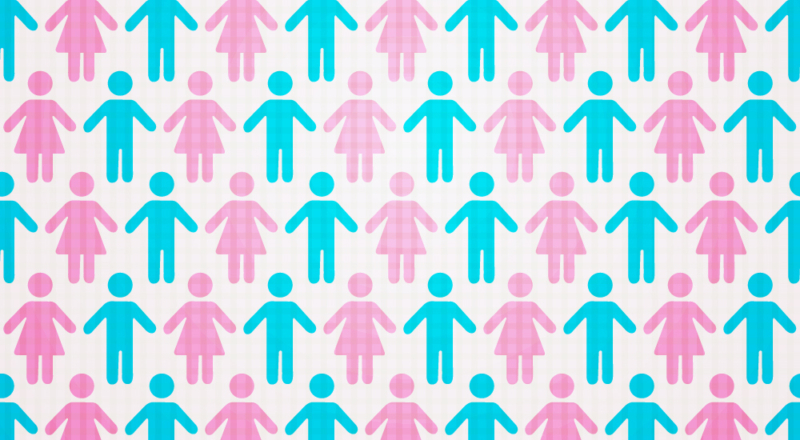 A crash course on gender identity

Gender identity is the term used to describe how a person identifies or names their own gender. For example, a person’s gender identity might mean whether they identify as a woman, man, agender, nonbinary, or something else. With all of these terms, it is very important not to label anyone without their permission or make assumptions. It is best to use the term/s someone uses for themselves.

While many people are brought up to believe that the only two things that anyone can be are a man or a woman, the reality for a lot of people is much more broad. There can be as many unique gender identities as there are people in the world, because we each experience our gender a bit differently.

If you feel a bit confused by all this, don’t worry. If you’ve grown up thinking about gender in a certain way, it’s natural to feel confused to learn that it may be more complex than you’d previously thought. Remember, it's ok to question your gender or be unsure about what your gender is. Many people identify as different genders at different stages in their lives and this is completely fine. Here’s our crash course in gender identity.

What is the difference between sex and gender?

One of the most important things in understanding the complexities of gender identity is knowing the difference between sex and gender.

Sex is the word for a person’s biological sexual characteristics, such as hormones, chromosomes and genitals. Traditionally, a person’s sex is assigned to them at birth by examining the baby’s genitals. If a baby has a penis, the baby is assigned male at birth, and if they have a vulva, the baby is assigned female. The baby is then brought up by their family and/or society as a boy or girl, and as they get older, a woman or man. This can decide a lot of how a person will be raised and treated in the world.

Sex is not always a very accurate category. There are many people who are intersex, and their sex characteristics do not allign with the 'female' or 'male' categories.

The sex someone is assigned does not necessarily have anything to do with their gender. While some people never question the gender they were raised as, many do.

For some people, their gender can be something which is fluid and can evolve over time, and for others it is a constant. Gender is personal, and it is often defined by the social and cultural standards of a certain community. Gender roles and identities vary in different parts of the world.

A person who does not identify with any gender.

This is a term that can be used to describe someone who expresses their gender with a mixture of masculine and feminine traits, or with traits that are neither strictly masculine or feminine. They could be transgender, cisgender, or agender. As with most of the terms on this list, it's best to only refer to someone with how they self-identify.

This is someone who identifies as two genders. These genders may be man and woman, but may also be, for example, woman and agender, or man and nonbinary.

Binary gender refers to the grouping of gender into only two categories: “man” and “woman.” This is an outdated belief that doesn’t account for the vast range of ways that people experience gender.

This is the belief that there are only two sex categories: “male” and “female.” While hospitals and governments continue to categroise people into these two categories, there are many people that fall outside of the male and female binary including intersex people and transgender people.

A person who identifies as a man, and was assigned male at birth.

A person who identifies as a woman, and was assigned female at birth.

This is the assumption that everybody is naturally cisgender, and that it is somehow unusual, out of the norm, or deviant to identify as anything else.

Cross-dressing is the practice of wearing clothes that aren’t traditionally associated with the gender you identify with. For example, someone who identifies as a man, wearing clothes that are traditionally considered to be worn by women. Cross-dressing is a form of gender expression and not done for entertainment. If you have heard the term Transvestite, this is no longer used and can be offensive.

Someone who performs hyper-exaggerated masculine traits for the sake of art or entertainment, usually at a show or theatre. Usually, the performer identifies as a woman, but does not necessarily have to.

Someone who performs hyper-exaggerated feminine traits for the sake of art or entertainment, usually at a show or theatre. Usually, the performer identifies as a man, but does not necessarily have to.

A person with reproductive system and secondary sex characteristics that are medically categorized as 'female,' such as a vagina, womb, mammary glands, and higher estrogen levels. However, you do not need to have all of these traits to be categorized as female. Many people labeled female might not have a womb, or breasts, or certain hormone levels.

This stands for Female to Male. This term can be used by a transgender person who was assigned female at birth, but identifies as a man.

This term is used to describe the deep discontent and anxiety someone can feel when they are living their lives with an assigned sex and/or gender they don’t identify with. Not all transgender people experience dysphoria, and it is possible to be transgender without feeling dysphoria.

How someone presents their gender externally, through things like clothes, appearance, mannerisms or behaviour.

Gender affirming surgeries can include many different types of procedures by which a transgender person's physical appearance or the function of their sexual characteristics are altered to better affirm or allign their gender expression with their gender identity.

Sometimes a gender affirming surgery is medically referred to as Gender Confirmation Surgery (GCS) or Sex Reassignment Surgery (SRS), but these are not always the preferred terms.

A term used by people whose gender identity is queer, or whose gender falls outside of the gender binary. It might be used by a person who does not subscribe to conventional gender norms, or who identifies as multiple genders, or no genders.

Intersex people are born with a variation in sex characteristics that, according to medical and governmental bodies, do not fit the typical categories for male or female bodies. An intersex person may identify as a man, woman, or another gender identity.

LGBTI+ is a commonly used acronym for Lesbian, Gay, Bisexual, Transgender, or Intersex. The + sign is to signify other categories of gender and sexual orientation that aren’t accurately represented by these terms.

This stands for Male to Female. This term can be used by a transgender person who was assigned male at birth, but identifies as a woman.

Someone who identifies as nonbinary does not identify with binary conceptions of gender like female/male or woman/man. In short, their gender identity lies outside of the gender binary.

Transgender is an umbrella term for people who do not identify with the gender they were assigned at birth.

Sometimes used as a shorthand version of transgender or used to be inclusive of a variety of identities under the transgender umbrella.

The process of transitioning from the gender you were assigned to another gender identity. Transitioning can, but does not have to, include external changes in appearance, clothing styles, voice changes, mannerisms, changing your name, taking hormones, or surgery. Transitioning does not have to involve all or any of this. Not all transgender people will have access to these sorts of changes, feel safe to, or desire to transition in these ways at all.

This is the prejudice and discrimination that transgender people are faced with.

This is a term that is used to describe someone who has medically or surgically transitioned from one sex to another. Some people find this term offensive, due its medical history. Furthermore, after medically transitioning, many people cease to identify as transexual or transgender, and simply identify as a woman or a man. It’s best to avoid this term, unless you meet someone who uses it to describe themselves.

A person who was assigned female at birth, who identifies as a boy or man.

A person who was assigned male at birth, who identifies as a girl or woman.

Share this article -
Published Octo­ber 30th, 2014
Tags gender gender identity transgender
Can this be improved? Contact editor@spunout.ie if you have any suggestions for this article.