How to help stop sexual violence

Sexual harassment and violence takes many different forms.  Sexual violence can be so widespread in society that the behaviours we take part in or experience on a regular basis contribute to sexual violence and harassment without us even realising. Although, when we hear the term “sexual violence” we may think of rape, assault or harassment, sexually violent behaviour can be far more subtle. Language we can use, like calling someone a “slut”, speaking about someone as “damaged goods” if they have had sex with someone, making jokes of a sexual nature, or touching or kissing someone without their permission are all examples of sexually violent behaviour.

Behaviour that contributes to sexual violence is often normalised in society. This can make it difficult to both recognise it and address it when it happens. Being aware of behaviour that can contribute to sexual violence is the first step necessary to empower you to intervene or speak out against sexual violence. Although you may feel afraid or uncertain of what you should do if you hear people tell inappropriate jokes, touch someone without their permission, or if you see someone taking advantage of someone who is drunk, there are ways that you can address this behaviour while ensuring that you keep yourself safe.

People can be sexually harassed in public in many different ways. Some examples of public sexual harassment include:

It can be hard at times to know what to do if you see someone being harassed in public. You may feel because you do not know the person, it is not your place to step in and stop it happening. However, by saying or doing something you can offer huge support to the person being harassed and potentially stop the situation from becoming worse. There are many ways you can help the person without having to be aggressive. Although you might feel afraid, it is really important that where you can do so safely you intervene.

Ways to help someone being harassed on the street:

What to do if someone makes “dirty” jokes

People can often tell sex jokes or “dirty” jokes, sexist jokes or make a sexual comment about someone and think that behaviour is okay. The reason it is not okay to make these types of jokes is that they are often targeted  at women or people who are LGBTI+ to belittle them and create an offensive and discomforting environment. When people think that it is socially acceptable to mock or demean certain groups of people this can lead to further acts of sexual violence towards these groups.

If someone makes a sexist joke, a joke about the sex lives of people who are LGBTI+, sex jokes or openly comments about people in a sexual way it is important to publicly express that this is not okay. By immediately responding, you can both let the person who made the comment know that their behaviour is wrong and also show to those around you that you support whoever the comments were being made about.

Phrases you can say to someone who makes sexually violent jokes:

Talking openly and responding directly to inappropriate behaviours can have a knock-on effect and encourage others to respond also. If you are in a group setting and you hear someone make inappropriate comments, you can also say:

At the beginning speaking up might seem overwhelming or make you feel nervous or uncomfortable, but with time you will become more confident to address these sorts of situations and those around you will know that they cannot act that way around you. It will also likely give others the confidence to speak up too.

A common way you might witness sexually violent behaviour is if you see someone trying to get with someone who is drunk or high. The reason this is sexually violent is because someone who is intoxicated cannot consent to having sex, or doing any sexual act such as kissing, touching or oral sex, and consent is needed for all types of sexual activity. Often the potential abuser is taking advantage of their vulnerable state. This can be a tricky situation to know what to do, as people often get together when they have been drinking, but if you feel concerned about someone who you think is drunk it is important to try and speak to them.

Ways to intervene if you think someone is drunk and can’t consent:

Sexual harassment in clubs and bars

People can experience many forms of sexual harassment and violence on a night out.

Examples of sexual harassment and violence on a night out include:

If you see someone behaving like this on a night out and not leaving a person alone, intervening can offer huge support to the person who is being harassed. Again, there are ways that you can help them without having to be aggressive or putting yourself in danger.

Ways to help someone who is being harassed on a night out:

Your age, ethnicity, gender or sexuality may make it safer for you to speak up and be vocal about harassment especially when you are not the target or representative of the target group. For example, white, straight men have more privilege in society and it is important to recognise this and use it for good. If you are in a position of privilege it is important to be aware of your responsibility to intervene and help those who may be treated badly or not respected due to their ethnicity, gender or sexuality.

If you help someone in a situation where they have experienced sexual violence or harassment, it is important to speak to them afterwards and let them know that how the person was treating them was not okay. Letting them know that what happened was in no way their fault and offering to help to get them home safely can really make a positive impact on that person. The more we normalise interventions, the more confident others will feel in speaking out or supporting others in similar situations.

If someone has experienced sexual violence, they may want to be able to speak to someone for support. Knowing the details of the services to direct them to can be a big help.

Support for experiences of sexual violence: 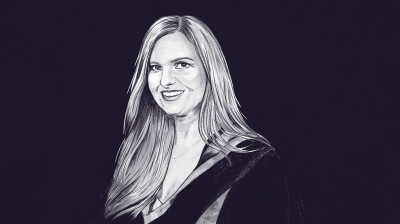