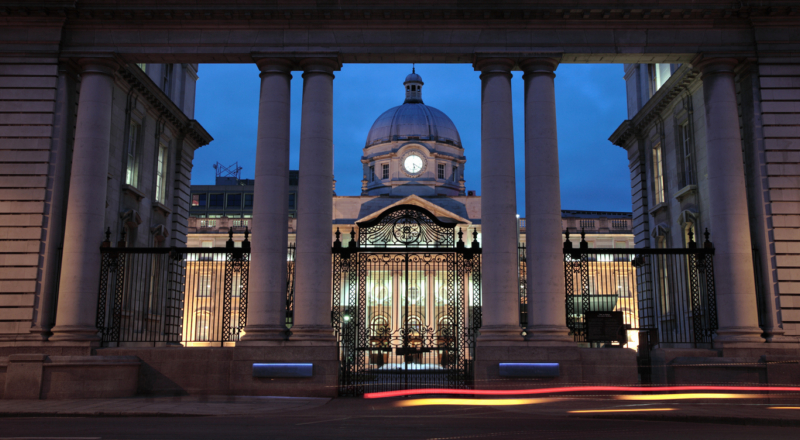 What is the role of a TD in Ireland?

TDs are the elected members of Dáil Éireann, the most powerful part of the Oireachtas (Irish Parliament). TD stands for Teachta Dála, or Member of Parliament. They meet to debate and pass laws in Leinster House on Kildare Street in Dublin.

To understand more of the terms used in Irish politics read our Simple Guide to Irish Politics.

Understanding the role of TDs in Ireland

How are TDs elected?

A general election is normally held every four or five years to decide which TDs will be elected to the Dáil. The Republic of Ireland is divided into 40 voting areas known as constituencies. Constituencies can be entire counties (e.g. Clare, Wexford), smaller parts of counties (e.g. Dublin Central, Cork East), or sometimes two or more counties grouped together (e.g. Cavan-Monaghan, Sligo-Leitrim).

The voters in each constituency choose between three and five TDs to represent their local area. At each general election voters rank the candidates in their constituency, with the most popular becoming TDs. You can read more about how the Irish voting system works here. The people of Ireland will elect a total of 160 TDs at the next general election.

What are the responsibilities of a TD?

Some of the main duties of TDs are:

Most TDs are also part of Oireachtas Committees which are made up of groups of politicians who take an in-depth look at laws and public policies, before making suggestions for changes to the rest of the Oireachtas.

How do TDs do their job?

Most TDs split their work into two parts: what they do in the Dáil, and the time they spend meeting voters in their constituency. In their constituency, TDs will usually spend some of their time canvassing (knocking on doors to speak to voters). Most TDs will also run regular “constituency clinics” where voters can visit them and ask for help with problems around housing, social welfare payments, and other issues.

When they are in the Dáil, TDs are expected to vote on laws, government appointments and the budget. TDs who are members of political parties will usually vote along with their party whip. The whip is an agreement between TDs of the same party to vote together on most or all issues. For example, TDs who are members of parties in government are expected to always vote in support of the government’s policies and appointments.

Not all TDs are members of political parties. Non-party TDs are known as Independents. While some Independents work together and support each other from time to time, they are not expected to vote according to a whip. Some of these independents have also joined together to act as types of alliances. For instance a group of independents called the Independent Alliance is part of the outgoing government.

What are some of the most important roles TDs can have?

One of the most important jobs facing TDs is to elect the government. To do this, they vote for one of their fellow TDs to become Taoiseach (similar to a Prime Minister). The Taoiseach is usually the leader of the largest party in the Dáil, but TDs can also become Taoiseach through a coalition agreement. Coalitions are combinations of multiple parties and/or Independents.

Once the Taoiseach is voted in by the Dáil, TDs must then approve their choice of Ministers. Ministers are senior politicians in charge of key areas of government policy, such as Finance, Education or Health. Ministers are almost always TDs, and are usually the most important members of the political parties which make up the government. One Minister will also be chosen as Tánaiste (deputy Taoiseach). It is very unusual for first time TDs to become ministers, although it has happened in the past on a few occasions.

After voting for the government, TDs must oversee the government’s work by asking questions, debating their policies and voting for or against their decisions. If a Taoiseach or Minister is seen to have behaved poorly in their role, they can be removed from office through a Motion of No Confidence supported by a majority of TDs. This rarely happens as the governing parties will usually have the numbers to defeat such a motion.

There are other important roles for TDs outside of the government. These include the Ceann Comhairle, or Chairperson of the Dáil, who oversees and moderates debates in Leinster House. The Ceann Comhairle is elected by TDs in a secret ballot. Another key position is the Leader of the Opposition, the most senior TD who does not support the government and usually the main candidate to replace the current Taoiseach.

Some more roles for TDs include Whips, who have the job of telling other TDs from their party how to vote, and Committee Chairs, who oversee the work of the Oireachtas Committees. Most TDs do not hold another political role, and are known as backbenchers.

How long does a TD stay in office?

Once elected, TDs remain in their role until the next general election. There is no limit to the amount of times a person can be elected as a TD. So long as the public keep voting for them, a TD can stay in office for years or even decades.

If a TD dies or resigns from their position and the next general election is more than six months away, they must be replaced through a special vote known as a by-election. A by-election is where the voters of the TD’s former constituency are asked to elect a replacement TD.

How much does a TD get paid?

All TDs get paid a minimum salary of €96,189 a year, which is taxed like any other income.

TDs are also able to claim expenses, or extra money to help them pay for their work. For instance, they can get additional money to fund their travel to and from the Dáil, to hire out an office in their constituency, to print leaflets explaining their work to voters, and for their mobile phone bill.

Retired TDs can also claim a pension, which is higher or lower depending on how many years they spent in the Dáil and whether they served as a Minister. The size of the pension can vary from a few thousand euro a year for some TDs to more than a hundred thousand for a retired Taoiseach.

How can I get in touch with my local TDs?

If you would like to speak to one of the TDs in your local area, there are several ways you can get in touch:

Share this article -
Published Jan­u­ary 15th, 2020
Last updated July 8th, 2020
Can this be improved? Contact editor@spunout.ie if you have any suggestions for this article.

What is the role of city and county councillors?
An easy guide to Irish Politics