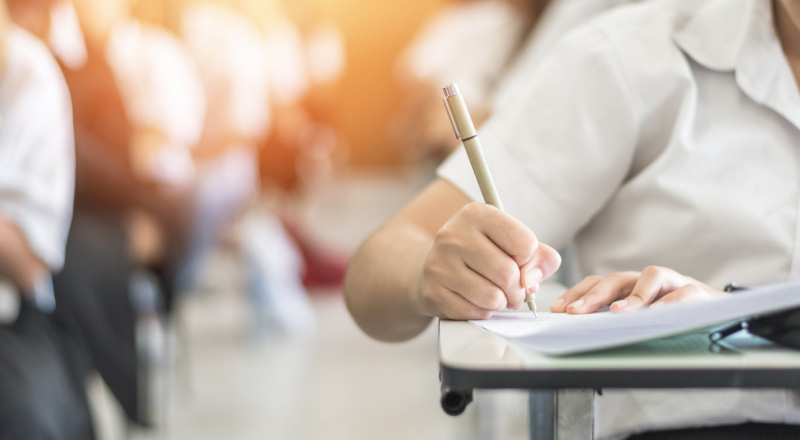 A survey carried out by the Irish Second-Level Students’ Union has found that most Junior and Leaving Cert students want to see exams cancelled due to the Covid-19 crisis. This is despite the Taoiseach's statement that the exams will go ahead "by hook or by crook" this year.

The Irish Second-Level Students’ Union (ISSU) received more than 46,000 responses to its survey. A clear majority of Junior Cert students would prefer to have the exams cancelled, with the largest group of Leaving Cert students agreeing.

The state exams are currently due to start in June. However, the closing of schools across the country to cope with the Covid-19 pandemic has caused uncertainty over whether the exams can or should take place as planned.

Based on these survey results, the ISSU has called for the Department of Education and Skills to provide a clear answer to students as to how and when the exams will take place. The ISSU has also said that it will work with the Department to promote the option most popular with students, which is that the exams be cancelled.

In its survey, the ISSU asked students who are due to sit the exams which of the following options they would prefer to see take place:

The Leaving Cert is very important for students within the Irish education system. Leaving Cert results are used to calculate the CAO points students use to apply for third-level education. Under the ISSU’s most popular proposal, students would instead have their CAO points worked out based on the grades they have already achieved in their schoolwork.

Some students, teachers and school principals have also pointed out that carrying on with the Leaving Cert after such a long period without school may make the exams less fair. They have pointed out that well-off students will still be able to access support from their families in paying for digital resources and reliable WiFi to help them study effectively. However, as long as the schools are closed, the same resources will not be available to students whose families cannot afford the same privileges.

A total of 126,000 students are due to sit state exams this year. Last month, planned oral examinations in Irish and foreign languages were cancelled due to Covid-19. All students who had been preparing for an oral exam were instead given a mark of 100%. The Taoiseach has stated his preference for the written exams going ahead as planned, though questions remain over how this can be managed in the current climate.

Share this article -
Published April 3rd, 2020
Last updated Octo­ber 25th, 2020
Tags leaving cert junior cert issu exams covid-19 coronavirus
Can this be improved? Contact editor@spunout.ie if you have any suggestions for this article.
Jump to related articles
Was this article helpful?