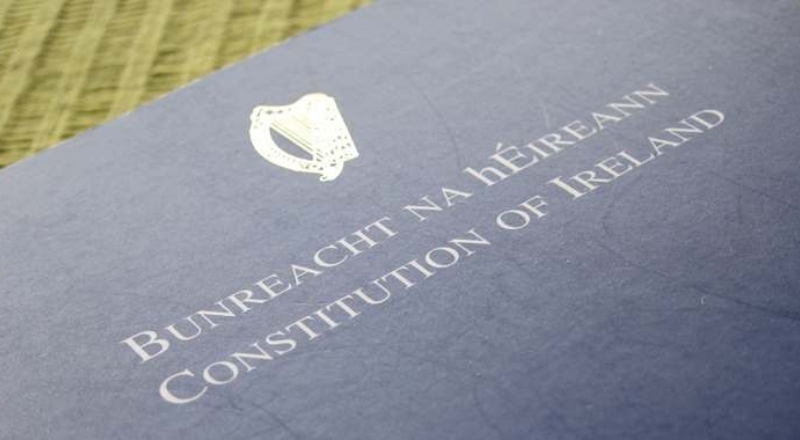 Access to abortion is one of the most hotly-debated issues in Irish politics. Lots of people have very strongly-held opinions on the subject, and they all seem to come down to the position of the 8th Amendment. But what does the amendment actually say, and why is it important?

What the 8th Amendment means

The 8th Amendment is the common term for Article 40.3.3 of Bunreacht na hÉireann, the Constitution of Ireland. It deals with the rights of pregnant people and foetuses under Irish law, saying the following:

This means that the Constitution bans legal abortions in Ireland except where the pregnant person’s life is in real and substantial danger. This includes if they are at risk of suicide. However, the Constitution also guarantees the right to access information about abortion services legally available abroad and the right to travel to a country where abortion is legal.

The debate over the 8th

The 8th Amendment has always been controversial, and recently both sides of the debate have been increasingly vocal about its future.

“Pro-choice” - The argument to remove the 8th Amendment

The “pro-choice” movement argues that the amendment should be repealed, or deleted from the Constitution. They say women and pregnant people should have  control over their own bodies and that not allowing abortions is inhumane. They argue it is particularly inhumane for a person to be denied an abortion when they have become pregnant as a result of rape or incest, when a pregnancy is a serious threat to their health, and when the foetus has a “fatal foetal abnormality” and won’t be able to live outside the womb.

Those on the Yes side of the referendum debate are considered to be “pro-choice”. They are calling on Irish people to vote Yes in the referendum to remove the 8th Amendment from the constitution, and replace it with an “enabling clause”, which will allow the government to make laws around abortion.

“Pro-life” - The argument to keep the 8th Amendment

The “pro-life” movement, on the other hand, argues that the 8th Amendment should stay. They say that a foetus is a full person and should have human rights from the moment of conception. The pro-life view is that the amendment has prevented thousands of abortions since 1983 and that this is a positive thing for the children who otherwise might not have been born.

Those on the No side of the referendum are considered to be “pro-life”. They are calling on Irish people to vote No in the referendum to keep the 8th Amendment in the Constitution.

Read about everything that has happened since the 8th Amendment was first introduced to the constitution up to the announcement of a referendum here.

Does the 8th Amendment mean that no abortions take place in Ireland?

The 8th Amendment means that there is a big restriction on abortion in Ireland, and that the  circumstances in which a pregnant person can legally have an abortion are very limited. The only cases in which a pregnant person can have an abortion in Ireland is where their life is at a real and substantial risk because of their pregnancy and the only way to avoid that risk is by terminating the pregnancy.

Learn more about who can have an abortion in Ireland here.

Travelling for an abortion

For most pregnant people, if they need an abortion they will have no choice but to travel to another country, such as the UK or the Netherlands, to have a legal abortion. This is the case for those who are in the early stages of pregnancy, those who are pregnant as a result of rape, as well as those who have been diagnosed with a fatal foetal anomaly, meaning that their baby has little to no chance of surviving the pregnancy, or surviving after birth. An estimated nine women travel from Ireland every day to access legal abortions.

In some cases, those who cannot afford to travel, or are unable to travel due to their legal migrant or other status, will order abortion pills online. The pills are taken without the supervision of a doctor to induce a miscarriage. These pills can only be taken within the first 10 weeks of pregnancy. This is illegal, and people who order and use these pills could face a prison sentence of up to 14 years. An estimated three women take abortion pills in Ireland everyday.

Share this article -
Published March 3rd, 2017
Tags abortion women's health politics women's rights
Can this be improved? Contact editor@spunout.ie if you have any suggestions for this article.
Jump to related articles
Was this article helpful?

What is abortion?
Register To Vote