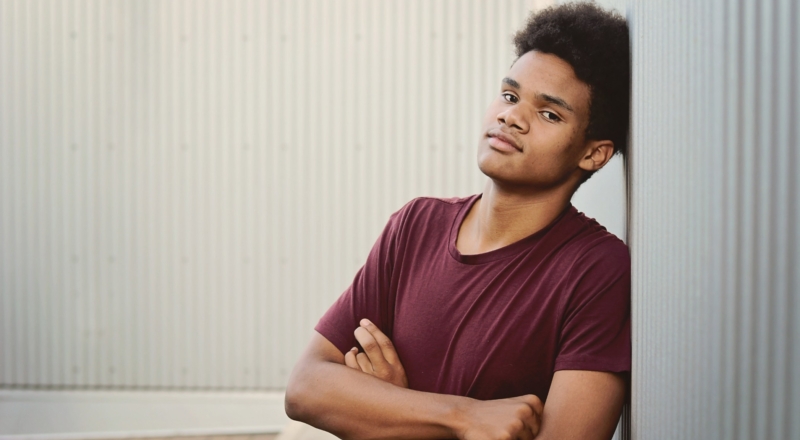 My experience in an emotionally abusive relationship

If you're in a similar situation, there are supports available to help you

We were together for three years. For a while, we were the longest lasting relationship in the school. I had friends who said we were the strongest relationship they knew. It took me 6 months after it ended to start thinking “maybe this isn’t all my fault like she said it was”. It was a year after we broke up that I started thinking “some of this is on her too, it’s not all my responsibility”. It took two years for me to say “she abused me, and there was nothing I could have done to deserve that”. I knew men could be abused - but that didn’t make it easier for me to accept that I had been abused.

I had never been in a relationship before I met her. We were in the same year in school, and we ended up being part of the same friend group. She was sweet, and funny, and shy. At first it was like a game of cat and mouse, both reaching out and pulling back over and over again, until we eventually caught each other. I think because it was my first time in a relationship, I didn’t know better - I couldn’t have. I didn’t know what things were meant to be like.

It didn’t end as softly and sweetly as it began. By the time she was done with me, I wasn’t the same person. I couldn’t cope any more, with anything. I ran from the way she and her friends barraged me with anger, I begged and grovelled for any of the care or love I so dearly missed. Where I had been confident, outgoing, and positive I had become withdrawn, fearful, and gloomy.

It’s hard for me to write a clear account of what happened. While the relationship lasted three years, the abuse continued after the relationship ended until eventually all contact between us ended, 3 years after we broke up. Part of the reason it took me two years to realise I had been abused was that in reality, I had blocked a lot of what happened out. This is normal with any type of abuse - it is easier for our minds to ignore it than deal with it, so my mind ignored it.

It started with anger. She was quick to get angry, and I felt like I was walking on eggshells with her. I learned to grovel for forgiveness in order to resolve situations as fast as possible, even if I hadn’t done something wrong. Once, I apologised to her because she had looked through my phone. At the time, I didn’t understand it. I thought I was just a bad boyfriend. I spent so much time apologising. It was a good week if she didn’t launch a late-night attack on me over the phone. I thought about what would happen if we broke up, a lot. But that didn’t happen.

I tried to do more and more for her to appease her, to stave off the inevitable angry texts and shouts down the phone. I was doing all of these grand gestures, paying for fancy dates, buying fancy gifts, with no reciprocation, just so I could have peace in my relationship. I kept trying to solve a problem that wasn’t mine to begin with.

She wasn’t just angry though. She was snide. I was overweight, and she would guilt me into feeling bad about that, with no sympathy for the difficulties I had trying to be healthier. She demeaned my interests and shut me down from talking about them, since they didn’t appeal to her. She steered me away from pursuing what I wanted to do, what I was interested in, out of feigned concern for what others might think. It was subtle, but it meant she was taking control of my life.

She didn’t like my friends. We had a shared group, who were her friends too, but I had friends outside of school and she didn’t like them. She always came up with something - too loud, too immature, too political. She tried to drive a wedge between me and them. I’m extremely thankful that it didn’t work.

After our break up

When we broke up, I dealt with not only the regular breakup experience, but with a witch hunt. My ex told all our friends her side of the story - which I will never truly know - and I lost those friends. After taking control of my life, she cut me loose and for the first time in years, I was alone. I skipped school to avoid seeing her and her friends. I avoided questions about what happened between us from others. I just tried to block it out.

It didn’t end there. She continued to spread her view of me to people I knew, even after we left school. She tried to turn my new friends against me in college. I’m extremely grateful that it didn’t work, but it was terrifying to see my fresh start threatened by her again.

Dealing with the emotional impact

It does get better. It’s been nearly a year since I have spoken to her at all, and my life has improved. I have a new relationship, with a person who loves and cares for me, who understands how I’ve been hurt and is sensitive to that. But I’m still hurting. When I’ve seen her in public, it has sent me into a panic attack. Sometimes I wake up at night from nightmares about her. My current partner has seen me in tears as I slowly come to terms with the depth of the pain she caused me. I talk to a therapist every week, and it helps, and I’m healing. But it still hurt me, and it still hurts.

Even anonymously, it’s important for me to share this story so other teenage boys and men can understand that they can be hurt too. They can be victims too. It is hard to come to terms with the reality that you’ve been abused, and it is hard to deal with people who think men cannot be abused. If you’re in a similar situation, there are supports available to help you while in the relationships and if the relationships has ended.

Share this article -
Published May 18th, 2020
Can this be improved? Contact editor@spunout.ie if you have any suggestions for this article.

Is coercive control a type of abuse?
Emotional Abuse: Here's what you need to know
Looking after yourself when experiencing emotional abuse