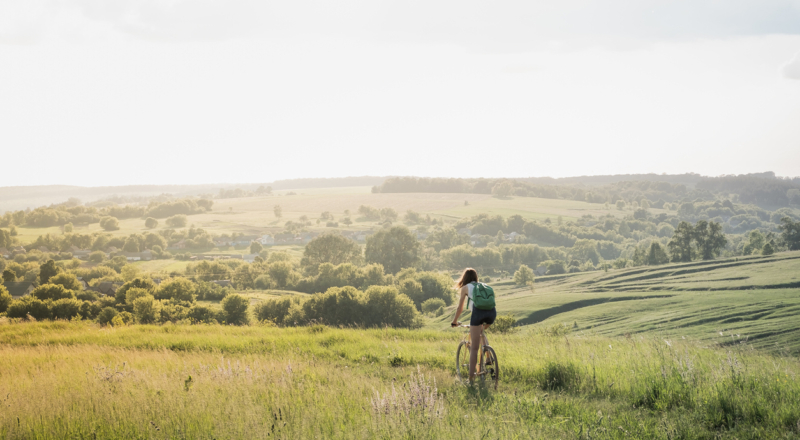 What it's like for LGBTI+ young people in rural Ireland

Living in rural Ireland can be difficult for young LGBTI+ people and this SpunOut.ie volunteers thinks we need to do better

Rural Ireland can be a great place to grow up. You learn from a young age what an honest sense of community feels like, you know all your neighbours, you have freedom to go roaming the countless fields that surround your house whenever you like and sometimes, when you’re lucky, your granny’s friend will sneak you €2 to go to shop to “buy yourself something nice.” It’s a simple and honest place to grow up.

Sometimes it can be too simple and too honest. You grow up thinking your only career options are teacher or nurse and if you’re lucky you might marry a rich farmer and never have to work. Everyone is straight, or so you’re led to believe, because the word gay isn’t ever mentioned, unless of course it’s being used as an insult. Sometimes there might be the “only gay in the village,” but he’s usually a joke to most people. Lesbians? Biseuxals? Transgender people? I’m afraid they don’t exist in little old rural Ireland.

It’s a stifling environment to grow up, and it’s not until you leave that do you realise just how bad it was. Running through green fields, and the odd bit of money for the shop might be great, but when you’re 14 years old and find yourself staring at girls in a more than “she’s really pretty” kind of way it starts to become a little less great. You only ever heard the way gay used in a negative context and if it weren’t for the internet you wouldn’t know that being bisexual was a thing that existed. Where do you turn to in this environment as a scared 14 year old thinking you’re about to go to hell. Nights spent crying because you have started to notice girls the way you notice boys and now you don’t even know if you like boys anymore, and if your parents ever found out you wouldn’t have a place to live.

You go to school and your sex education, if you could even call it that, is strictly heterosexual, except for a tiny paragraph at the end of chapter saying that “just because you think about the same sex, or dream about the same sex doesn’t mean you’re actually gay” because being gay is sooo wrong after all. Bisexuality? Transgender? Asexual? These words aren’t mentioned because people still refuse to acknowledge that they exist.

But don’t worry it’s all okay because you just learned that abstinence is the only thing that will 100% prevent pregnancy. Then all of a sudden it’s 2015 and the marriage referendum is happening. People are finally talking about the LGBTI+ community and you’re delighted. This finally might be a moment for change, but then you listen closely and it’s all hateful and spiteful words coming out of people’s mouths. “Disgusting,” “unnatural” these words are all you seem to hear.

You look out the car window on the way to school and the small number of “Vote Yes” posters are hidden behind the all too many “Vote No” posters telling you your “lifestyle” is going to harm children. But really the only children being harmed are the ones who have to grow up like this, who have to grow up believing there might actually be something wrong with them. Weeks pass and so does the marriage referendum. You’re delighted until once again you start to listen closely and now you hear all the disgusted voices saying “there will be gays popping up everywhere” and “the gays will take over.”

For a short moment you were delighted thinking there was a chance you would finally be accepted, but a change of laws doesn’t equal a change of attitude, and while your “lifestyle” might now be legal it is still “disgusting” and “shouldn’t be allowed.” For a short moment you thought you could escape the closet, but a law being passed and the “No” posters being taken down hasn’t changed the ingrained attitudes of Rural Ireland. Rural Ireland’s ignorance and in some cases hatred of the LGBTI+ community is more damaging than people realise. There are young children growing up in an environment thinking they’re going to hell, thinking they’re going crazy, thinking there is something wrong with them because for their entire life their sexuality, or gender orientation was laughed at, frowned upon or simply ignored.

There are young people growing up in a place where they think they’ll be hated for being who they are, afraid to tell people who they are for fear of becoming the laughing stock of the parish or being kicked out of their home. We need to do better. Our young people deserve better than to grow up thinking there is something wrong with them or thinking they’re going to hell. LGBTI+ people need to stop being put in a special bubble of ignorance and need to spoken about with the same level of normality than straight couples are talked about. Sexual education (country wide, not just in rural Ireland) needs to be improved to include the LGBTI+ community and we need to learn about safe sex, and not just be about abstinence. Our young people deserve so much better, so it’s time it was given to them.

Share this article -
Published May 1st, 2019
Tags opinion lgbti+ rural ireland
Can this be improved? Contact editor@spunout.ie if you have any suggestions for this article.

Supporting LGBTI+ friends and family
How can I make my school a safe space for LGBTI+ students?
What should I do if someone doesn't accept me for being LGBTI+?