Pride in both my non-binary and neurodivergent identity

Founder of trans and intersex pride Dublin, Ollie Bell, shares their experience as a non-binary person living with autism.

Editors note: Before you read further, please note that this piece includes details of transphobia, depression, mental health, ableism and The National Gender Service. Mind yourself if you choose to read further.

With Disability Pride Month and Non-Binary Awareness Week falling at the same time, it’s essential that we listen to the voices of those who are disabled and non-binary. I’m a non-binary trans activist who is autistic and has ADHD. I’m a socialist feminist and set up Trans & Intersex Pride Dublin in 2018. I have as much pride in my disabilities as I do in my gender and sexuality. I was diagnosed as autistic when I was 17 and came out at 19 after the marriage equality vote passed.

When I came out, I wasn’t believed. I was told because I was autistic, my gender was another special interest. Cisgender people tend to believe that trans people were “born in the wrong body” and that we’ve always known. My childhood was brought up as evidence that I was doing this for attention as if me wearing a pink dress at 5 had any relevance to me being non-binary in 2021.

But the thing was I never really saw colours or clothes as gendered. I didn’t understand why boys and girls needed to be separated. I didn’t understand the gender binary and all the social cues attached to it. Gender was like eye contact, being a girl was as much as a performance as pretending I was neurotypical.

The long road to diagnosis

When I got diagnosed, the first feeling I felt was relief. I finally had an answer to why I never felt like I fitted in, relief that it wasn’t my fault. My brain was just wired differently. But I was also angry at the fact it took me 17 years to be diagnosed. All those years I spent beating myself up for not being ‘normal’ and not being able to keep friends really affected my mental health. Along with my autism and ADHD diagnosis, I was also told I had depression and anxiety. I wished that I could’ve been told I was autistic so I had a reason for why I felt out of place.

Gender was like eye contact, being a girl was as much as a performance as pretending I was neurotypical.

I feel this way about my gender too, I wish I had the language to explain why I felt this way. I got the majority of my sex education from a catholic group, they didn’t want to tell us about LGBTQ+ identities or consent. Today secondary students are getting the same education. If I had gotten information about genders outside of the binary, I wouldn’t have had to deal with the amount of shame I did throughout my adolescence.

Proud of my identity

I no longer feel any shame towards my gender or my diagnosis, they’ve both helped me become the activist I am today. With both autism and being trans, it is the system that has caused me to develop mental health challenges.

There is an obsession with finding a cure for autism and wondering if people are born trans or not. I don’t really care whether or not I was born autistic or if I was born trans, I think ending the oppression both communities face is more important. I don’t want to be neurotypical or cisgender, I just want to live in a world where I can be both without negative consequences.

If you’re on any social media websites, you would’ve come across trans-exclusionary radical feminists (TERFs for short). These are so-called ‘feminists’ who believe that trans women aren’t women, trans people are the gender they were assigned at birth and fight hard against trans rights. Along with their reactionary views on trans people, they spread dangerous myths about autistic trans people. They often say we are being brainwashed by trans activists into believing we’re trans, painting us as vulnerable children who couldn’t possibly know we’re trans without some external force putting the idea in our heads.

I don’t really care whether or not I was born autistic or if I was born trans, I think ending the oppression both communities face is more important.

But sadly this is just a part of a much bigger issue with autistic trans people. Autistic people as a whole are infantilised and told we can’t speak for ourselves. Any autism awareness comes from parents of autistic children and there is a lack of services for autistic adults. I was lucky I could get a diagnosis before I turned 18 because it is nearly impossible to get one as an adult. We are often told we can’t make decisions for ourselves which has bled into the trans healthcare system here in Ireland.

The National Gender Service (NGS) has a waiting list of over three years and there are no public options for gender-affirming surgeries. In order to get Hormone Replacement Therapy (HRT), you must be diagnosed with gender dysphoria despite the World Health Organisation (WHO) declassifying being trans as a disorder in 2019. Trans people, especially autistic trans people, are not believed by doctors here. We’re forced to answer invasive and personal questions about our childhoods, our sexuality and any trauma we may have faced. This is all to find out if we’re a “true transgender”.

You can be denied access to HRT if you’re non-binary, gender non-conforming and if you have a diagnosis of autism, borderline personality disorder, etc. Trans people are not believed because doctors are afraid of ‘transition regret’.

But they’re ignoring the reality many trans people detransition, not because they’re actually not trans, but because of external factors such as pressure from family, sexual assault and unsupportive school environments.

This isn’t just a case of a few bad doctors in the healthcare system but rather an example of a corrupted system. Trans healthcare needs to be free to the point of use and follow best practices as set out by World Professional Association for Transgender Health (WPATH) which is an informed consent model. This model empowers trans people to make decisions for themselves and believes them when they say they’re transgender.

No liberation for some without trans and neurodivergent liberation

Trans healthcare is just one fight trans people face. Pride month may be over but that doesn’t mean trans rights should be left behind. Non-binary recognition, an end to violence against queer people and an overall acceptance of people who don’t fit the binary is needed so everyone can express themselves.

This fight goes hand in hand with the fight for neurodivergent people to have agency over their lives. We must come together in solidarity to fight against all forms of oppression and inequality. No liberation for some of us without the liberation of all of us. 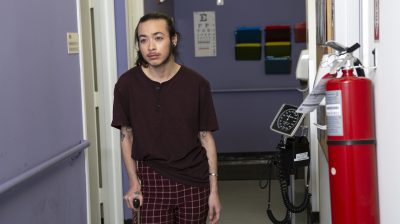 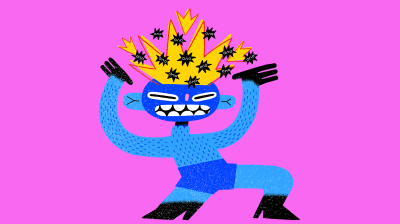 How I challenged negativity in my thoughts

While Tia says she has found managing mental health tricky, she has developed some tools to help. 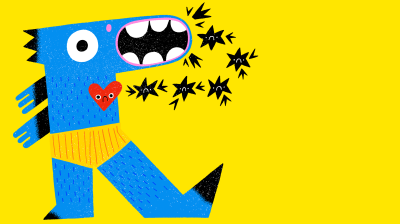 Charlie explains how they learned to befriend their emotions and make peace with them.