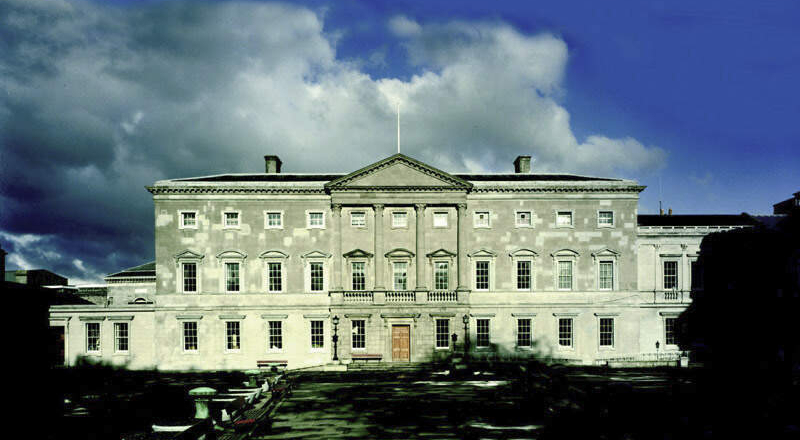 Who is in Ireland's Government?

After an election in February 2020, three political parties have come together to form a Government. When no one party has enough seats to form a majority Government, they can enter into an arrangement with other parties to make up the numbers. This is called a coalition government.

In June 2020, Fianna Fáil, Fine Gael, and the Green Party formed a coalition Government. After weeks of negotiations, they released their Programme for Government, a document outlining their plans and policies for the duration of their time in power. The members of all three parties voted in favour of the programme, and the coalition was formed.

How does a Coalition Government work?

A coalition is made up of two or more political parties, and sometimes independent TDs. Power is shared between these parties and independents for the duration of the Government, but the largest party usually has the most influence over policies and decision making.

Who is the Taoiseach?

This means our current Taoiseach is Micheál Martin, the leader of Fianna Fáil, until December 15th 2022.

The office of the Taoiseach will then transfer to the leader of Fine Gael (currently Leo Varadkar).

Who is the Tánaiste?

The Tánaiste (deputy head of Government) will also swap between parties. While Fianna Fáil hold the office of the Taoiseach, the leader of Fine Gael will be the Tánaiste, and vice versa.

That means our current Tánaiste is Leo Varadkar, leader of Fine Gael. This will switch over to the leader of Fianna Fáil on December 15th 2022.

During this coalition Government, the Tánaiste will have more influence than usual based on this agreement. The Tánaiste will also have a Ministerial position as head of a department in the cabinet.

Will the Green Party have a Taoiseach?

The leader of the Green Party (currently Eamon Ryan) will not have the opportunity to be Taoiseach or Tánaiste because their party is the smallest in government. Instead, they will have an office inside the Department of the Taoiseach where they can coordinate with other members of the Government.

Who is in the cabinet?

The cabinet is made up of Ministers who are in charge of different departments. Each department has responsibility for a different area, such as health, education, or employment.

The Ministerial positions have been divided between Fianna Fáil (FF), Fine Gael (FG), and the Green Party (GP).

The Chief Whip is a TD who attends meetings of the cabinet but does not head a department. Instead, the Chief Whip’s job is to make sure that the Government has enough support in the Dáil to continue in office. The Chief Whip encourages TDs to vote in support of the Government. If a member of a Government party goes against the Government, the whip can remove them from the party either for a short time or permanently.

During the lifetime of a Government, there is sometimes a cabinet reshuffle, which means the different departments could be given to different politicians in a few years.

The TDs from parties supporting the Government sit and vote together in the Dáil. All other TDs who don’t support the Government instead form the Opposition. The Opposition’s role is to question the Government about its decisions and offer alternative solutions to the country’s problems. At the moment, the Opposition is made up of Sinn Féin, the Labour Party, the Social Democrats, Solidarity-People Before Profit, Aontú and independent or non-party TDs.

Share this article -
Published July 13th, 2020
Can this be improved? Contact editor@spunout.ie if you have any suggestions for this article.

What is the Programme for Government?
Fine Gael vs Fianna Fáil: what's the difference?
What is the role of a TD in Ireland?