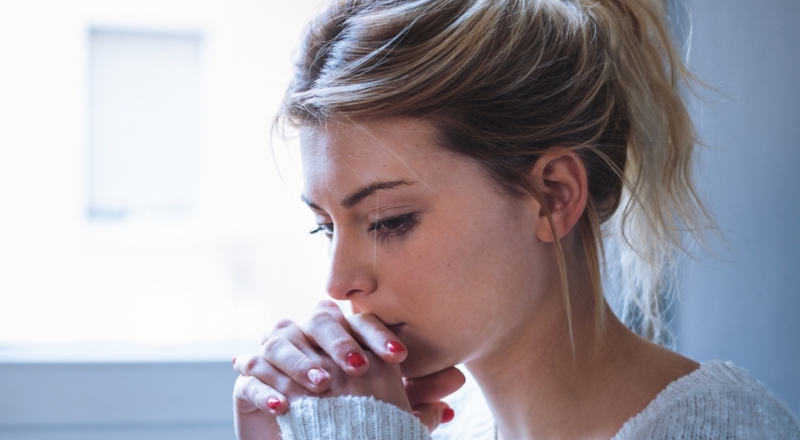 Why do people freeze during a sexual assault?

Sexual assault is a frightening experience. It can make someone feel threatened, usually without warning, and could even make them feel like their life is in danger. It is very important to understand that when we are in a frightening and threatening situation, we can’t fully control how we react. Instead, we are much more likely to fall back on automatic responses in the brain: fight, flight, or freeze. Not understanding these natural biological responses can lead to us to blame ourselves unfairly, when really these responses are not our fault.

Over thousands of years, evolution shaped our brains to help us respond quickly to danger. These responses were developed when humans needed to protect themselves against predators who were hunting them. This is where our survival instincts come from.

These instincts are located in both the oldest part of our brain, called the reptilian/old brain, and the emotional part of our brain, also called the limbic system. We use a different part of the brain (the neocortex) to figure things out logically. The reptilian and emotional parts of the brain work faster than the neocortex when we’re in trouble.

When the brain detects that we are in danger, our survival instincts will kick in, and depending on the situation we will either fight, take flight or we freeze for some time. You’ve probably experienced this already when something has frightened you. Fight or flight are probably easy to understand, but freezing is a little different. Freezing gives our bodies a chance to go into defence mode. It can increase our chance of survival – we are almost ‘playing dead’ in the hope that the threat will go away, but it is not under our conscious control.

This lack of control over your response is also why it can be hard for some people to understand why they reacted the way they did. However, the reaction is an automatic part of a very, very old defence system that evolved in human beings and in many animals a long time ago.

Why do people freeze during an assault?

During a sexual assault, the attacker is seen as a predator, and the brain will go into survival mode to figure out a way to handle the situation. For some people this will mean fighting or running away but for others it will mean freezing and staying frozen until it’s over.

When this happens, your brain effectively shuts down and you might feel unable to speak, act or move. You may begin to disassociate, which means feeling spaced out, like you have left your body and you are watching from far away. You could even pass out or become very sleepy as your heart rate and blood pressure drops. This is your body’s way of ‘playing dead’ to try and make the assault end sooner. Far from something to be ashamed of, it’s the body’s way of trying to protect you.

Remember that this happens automatically - your brain is trying to save your life and it doesn’t have time to think about it.

Why do sexual assault victims forget details about what happened?

When we experience high levels of stress, it is harder to form memories and to process information in an orderly way.

Traumatic situations like sexual assault can cause your brain to focus in on small details, like a smell or a piece of furniture in the room, but everything else going on around you falls away. For example, under normal circumstances you might have noticed voices coming from downstairs or who you saw before and after the assault happened, but because of the brain’s response to trauma, these things often do not register on a conscious level. It might feel like there are pieces missing from your memory about what happened, or it might be difficult to remember what order certain things happened in.

If you can’t remember everything that happened when you were assaulted, this is not your fault. In fact, this is common, and it doesn’t make the experience any less real or painful.

Who to talk to if you have been sexually assaulted

Dealing with sexual assault can be difficult, and it can be hard to come forward and talk about what happened. Remember, it is never your fault. There are Rape Crisis Centres throughout the country where you can find information and support. Help is available whether it was a recent assault or something that happened in the past.

The 24 Hour Helpline 1800 77 8888 offer a confidential listening and support service for women and men who have been raped, sexually assaulted, or sexually abused at any time in their lives.

Share this article -
Published Feb­ru­ary 26th, 2019
Tags sexual assault APcontent
Can this be improved? Contact editor@spunout.ie if you have any suggestions for this article.

What to do if you have been sexually assaulted
What happens at a Sexual Assault Treatment Unit?
What is consent?