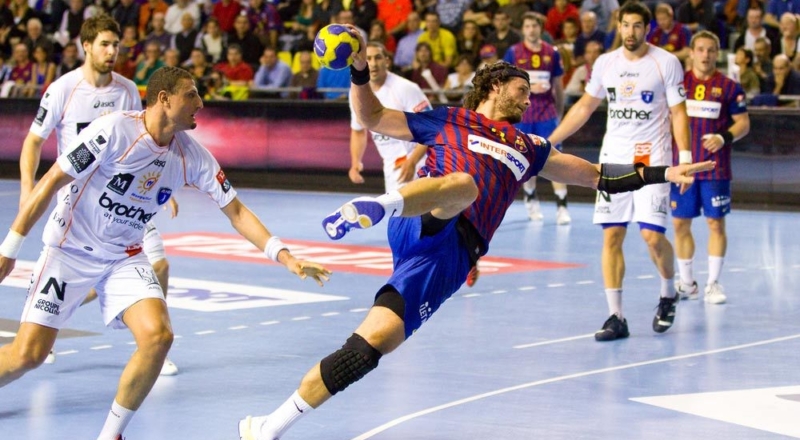 If you're looking for something new to try and you like the idea of being part of a team, here are some ideas

There are a whole range of reasons why taking up a team sport can be a great thing to do. It gives you an opportunity to get some exercise, you will have an activity to go to every week, and you'll have a chance to meet new people and possibly make some new friends.

If you're looking for something new to do, whether that's looking to take up a sport or trying to meet new friends, here are 8 team sports that you could try:

Ultimate Frisbee (or Ultimate) is a fact paced, athletic and fun team sport, played using a Frisbee. It’s played on grass, on the beach or indoors. This sport is super enjoyable and the rules are simple enough to follow. It’s been around since the 1960s, but it’s increasingly popular in recent years. You don’t need an athletic background, and can be picked up by people of any fitness levels. Lots of colleges and universities now have an Ultimate Frisbee club on campus.

Roller Derby is fast-paced and incredibly exciting. It’s a team sport, played indoors on roller-skates. There are new leagues and clubs popping up all over Ireland. There is a great sense of community associated with Roller Derby, so it’s a brilliant way to meet people and an excellent way to get fit. Find out more about roller derby here.

Volleyball is often associated with the beach, but actually, you can play it in a lot of places. It’s usually played by two teams of six players. You can play it indoors or outdoors, so it’s suitable for all weather conditions.

Think you'd like to give volleyball a go? Find out how here.

Olympic handball is played on indoor courts measuring 40m by 20m, with seven players on each team. It’s a bit more like basketball, except a net (like in football) instead of a hoop. Players attempt to throw the ball past the keeper in goals, but no-one is allowed to enter the 6m semi-circular exclusion zone around each goal, and you can only take three steps with the ball before dribbling or passing.

Playing Olympic handball requires extreme athleticism, and although it’s not huge in Ireland, the sport has a massive following across mainland Europe in particular.

The Irish American Football Association is currently undergoing a surge in popularity, with teams now hailing from counties like Kildare, Louth and Westmeath as well as more traditional centres of interest like Dublin, Galway and Cork.

The best thing about the sport is its inclusiveness - there’s a position on the field for every body type, and teams love to see new recruits signing up. Not too keen on repeated heavy hits? Then there’s also flag football, which is the non-contact equivalent.

Find out how to get involved in American Football here.

There are loads of clubs dotted around the country, especially throughout Dublin, and new members are always made really welcome. It’s also a game that’s on the up here, with the Irish women’s team in particular excelling over recent years.

Get the info you need on field hockey here.

Futsal is like football’s little cousin: the teams are smaller, as are the goals, the field, and the ball. Given its origins in South America during the 1920s, futsal is a uniquely skilful game that requires fast feet and equally quick wit. If you love playing five-a-side with your mates and would like to bring a competitive element to your game, this is definitely worth a shot.

Played on a full-sized rugby pitch, sevens rugby is a physically demanding, fast-paced version of rugby union. More suited to those with an athletic background of some description, halves are just seven minutes long to compensate for the relentless, stamina-draining nature of the sport.

If you can run like the wind, but don’t fancy the more physically-orientated aspects of a conventional rugby game, this could be the thing for you.

Read up on sevens rugby here.

Share this article -
Published Novem­ber 7th, 2014
Last updated Sep­tem­ber 19th, 2018
Tags sports health fitness
Can this be improved? Contact editor@spunout.ie if you have any suggestions for this article.