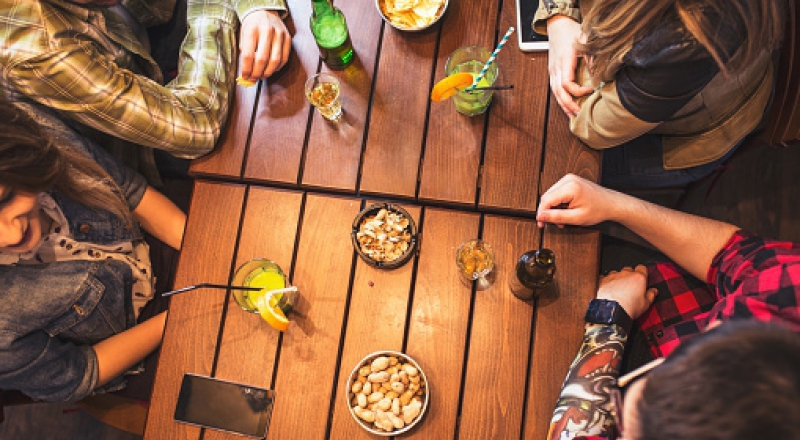 What are the effects of social smoking?

Do you smoke occasionally or just on nights out?

Many people may not smoke on a daily basis, but will smoke socially. The same can be said of vaping. While you might think this is better than a daily habit, the truth is that any amount of smoking is harmful to your health, and nicotine addition can start after just a few days, a few cigarettes or a few times vaping.

The negative effects of cigarettes and vaping happen even if you only smoke or vape occasionally. As well, the likelihood is that eventually, social smoking can lead to a more frequent habit.

What is a social smoker?

Many people who smoke socially do not see themselves as a smoker, or as having an addiction to nicotine. Although they may have only smoked in social situations, usually they will go on to become regular smokers.

Why do some people smoke socially?

There are a few reasons why a person might start smoking socially.

They believe they won't get addicted

Most people believe that they won’t get addicted if they only smoke occasionally, so they see it as an enjoyable way to relax.

Unfortunately, this is a myth because nicotine addiction kicks in quite quickly.

Some people start smoking socially because their friends or people around them do it, or they see it as a part of the night out, or because they don't want to feel left out when their friends go to the smoking area.

Drinking alcohol leads many people to let their guard down, so some people smoke only when they have had a drink when normally they wouldn't smoke at all.

Social smoking is not safe, and causes harm to your health. There are a number of things that are important to keep in mind if you are a social smoker.

There is no safe limit for cigarette smoking

The social smoker is vulnerable to the same harmful health effects as regular smokers.

No matter what the frequency, smoking still exposes you to thousands of harmful chemicals, addiction, and negative mental health effects. There is no safe lower limit of intake.

Social pressure from peers often makes people do things they normally wouldn’t do in order to fit in and maintain friendships. Young people who have friends who smoke are much more likely to become smokers themselves, so it can be useful to develop strategies to deal with this.

Remember it’s okay to say “no thanks, I’ll pass”. Eventually they will get the message and stop asking you to smoke.

Nicotine is one of the most addictive substances on the planet. Nicotine produces physical and mood-altering effects in your brain that are temporarily pleasing. These effects make you want to use nicotine again and again and this quickly leads to dependence. You can start out having a few cigarettes on nights out and end up a regular smoker buying a pack every day. Pure social smoking is actually very rare. People may start off smoking like this but usually become regular smokers over a period of time.

It's interesting to note that research has found that even small amounts of alcohol boost the pleasurable effects of nicotine, which would increase the desire to smoke when drinking alcohol.

Social smokers also tend to drink more alcohol than non-smokers, so if you are trying to stop your social smoking, it might be good to cut down on alcohol for a while.

It is possible to quit smoking. If you want to stop smoking, you are much more likely to succeed if you get some help.

Get help and advice to QUIT smoking

Share this article -
Published March 5th, 2013
Tags smoking social smoking health
Can this be improved? Contact editor@spunout.ie if you have any suggestions for this article.