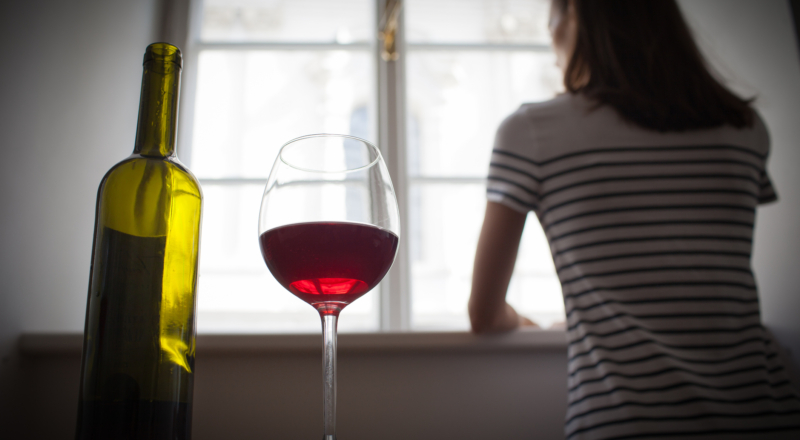 Alcohol dependence is another way to say that someone has an addiction to alcohol. While some people may enjoy a drink, other people drink too much and are not in control of their drinking.

Find out more about the signs of alcohol dependency and how to find support if you have a dependence on alcohol.

Alcohol dependency is not usually the result of one single cause. It is usually a combination of things that puts someone at risk of becoming dependent.

Everyone who drinks is at risk of developing a dependency on alcohol. Drinking too much and too often, especially if you are drinking to change your mood regularly or to suppress uncomfortable feelings, means that there is a higher risk of becoming dependant.

People with a certain type of brain wiring

Alcohol effects the brain. It causes the brain to slow down. That can make it harder to think, see or speak clearly or to focus or react to things. It can also temporarily cause feelings of pleasure in the brain and some people have been found to experience these pleasurable feelings more strongly than others. People who focus on the short-term pleasurable sensations of alcohol may want to keep drinking, . That can put them at risk of dependence.

People who have been around alcohol dependence from an early age

People who live with someone who is alcohol dependent are at higher risk of becoming dependent themselves. The reasons for this are complicated but they include:

Being at higher risk doesn’t mean that you will become dependent. Many people who have grown up with a family member who is addicted to alcohol never become alcohol dependent themselves.

If you are pressured by your peers to drink alcohol, there are a few different ways to manage it. You could tell them you don’t drink. Or if you’re pressured to drink more than you’d like, you can tell them that you’ve reached your limit for the night. You can also switch to a non-alcoholic drink.

If you have mental health issues, you might be at greater risk of developing alcohol dependence. This is especially the case if you use a drink to try to manage your symptoms.

Some people believe that alcohol can elevate their mood. However, alcohol is a depressant. It lowers people’s mood and usually makes mental health issues worse. Learn more about the link between alcohol and mental health.

Alcohol can make us feel more confident and less worried about what people might think of us. But these feelings are always temporary and alcohol won’t help you with your self-esteem or confidence. It’s best to find ways to work on your self-esteem without using alcohol.

People in their mid-late twenties

Your age can influence your risk of alcohol dependence. For most people, drinking alcohol usually starts in their late teens to early twenties, and peaks in their mid-to-late twenties and starts to slow down in their early thirties.

During this peak, you are consuming more alcohol on a regular basis, which could put you at higher risk of developing a dependence on it.

People in high-stress jobs, like doctors, rescue workers, or lawyers, might turn to alcohol to relieve their day-to-day stress.

If you are concerned that you or someone close to you has developed alcohol dependency, check out our article on steps for treatment and support.

Information and support is out there, and there are a number of places you can turn to for help.

Click here to find out about support services for alcohol dependency.

Share this article -
Published Novem­ber 15th, 2019
Last updated Octo­ber 25th, 2020
Can this be improved? Contact editor@spunout.ie if you have any suggestions for this article.